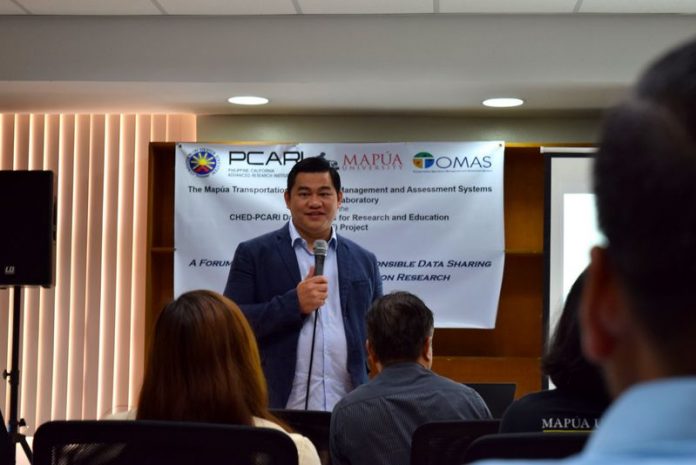 A Mapua University dean has been recognized as among the most outstanding scientists in Asia.

Dr. Francis Aldrine A. Uy, Mapúa dean of the School of Civil, Environmental, and Geological Engineering (CEGE) was one of eight Filipinos included in the Asian Scientist 100 recently released by Singapore-based Asian Scientist Magazine.

“I feel blessed and honored to represent the country in the prestigious list,” Uy shared.

Institutionalized in 2016, the annual list recognizes innovators and researchers that made an impact in their respective jurisdictions within the Asian region.

Those included in the list must have received a national or international prize for their research in the preceding year. The effort must have made a significant scientific discovery or provided leadership in academia or industry.

In 2020, Uy received the David Consunji Award for Engineering Research from the Philippine Association for the Advancement of Science and Technology. This award was established to recognize outstanding researchers in the field of engineering.

Uy graduated from Mapúa University with a civil engineering degree back in 2000. He served the university in various posts for almost 20 years.

“At Mapúa, I became more interested in engineering because of the many successful Mapúans in the industry like Dado Banatao,” he shared.

As the dean of CEGE, Uy acquired more research projects funded by the Department of Science and Technology (DOST) and the Commission on Higher Education (CHED).

“CEGE has been recognized every year as the school with most externally funded research reaching almost P200 million. Then we successfully established the first spin-off company from Mapúa since its founding,” he explained.

His vision and mission are for the university to produce more startups that will highlight the ingenuity of Mapúa engineers and scientists.

“I would like to see Mapúa in the future as a higher education institution that is rich in intellectual property and royalties because of the thousands of startups it has produced. When we reach this stage, we will also be assured that we have the best instruction in developing the future professionals of the country,” said Uy.

Uy is also the founder and president of Universal Structural Health Evaluation and Recording (USHER) Technologies Inc., the first Mapúa spin-off company derived from the USHER Project developed in partnership with the Department of Science and Technology–Philippine Council for Industry, Energy, and Emerging Technologies Research and Development (DOST-PCIEERD).

The USHER device monitors the structural integrity of buildings and bridges, minimizing the effects of natural calamities such as earthquakes. The USHER system can also be utilized as an early warning system.

“One of the most important outputs of my research projects is USHER Technologies Inc. I plan to ensure that it becomes a stable and strong company that will help strengthen disaster resilience in our country and the world. I plan to launch more startup companies in the next three years,” he added.

USHER Technologies is the only Filipino-made structural health monitoring system in the market.