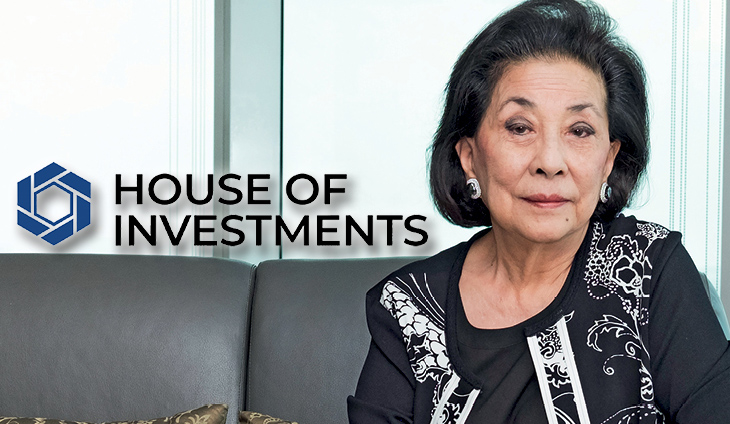 Yuchengco-led House of Investments Inc. reported a 23 percent jump in net income to P467.45 million in the first quarter as it managed to bring down costs.

The improved performance of associates likewise boosted the group’s profit. Equity in net earnings of associates grew by 14 percent to P311.38 million.

Consolidated revenues, however, fell 28.06 percent to P5.64 billion due to lower contributions from the construction, automotive and education businesses.

While the construction business is slowly picking up amidst the pandemic, domestic production is still low compared to last year.

The automotive segment likewise registered lower revenues due to low demand on passenger and commercial vehicles during the period.

The education segment saw revenues decline to P803 million due to delay in the start of the school term, lower enrollment and discounts given to students due to suspension of the traditional face-to-face classes.

Cost of sales and services declined by 32 percent. General and administrative expenses were also reduced by eight percent to P685.61 million largely due to the effect of the closure of several car dealership branches in the second half of 2020 coupled with continuing cost management of the group.

Chaired by bilyonaryo Helen Yuchengco-Dee, HI owns and operates car dealerships under the Honda, Isuzu and Geely brands. Its Honda dealerships are in Quezon Avenue, Manila, Marikina, Fairview, and Marcos Highway and one service center in Tandang Sora.

HI also owns a majority stake in Honda Cars Kalookan, Inc. that owns and operates dealerships in Kalookan and Greenhills.

The company’s Isuzu dealerships are in Manila, Commonwealth, Greenhills and Leyte. In 2019, HI invested in a minority stake in Sojitz G Auto Philippines Corp. which owns and operates Geely distributorship. HI now has one Geely dealership in Manila.

HI controls EEI Corp., a construction and general contracting firm with domestic and international operations. It also owns a majority stake in iPeople, inc., which owns the Malayan Education System, Inc. under the name of Mapúa University, as well as The APEC Schools, and National Teachers College.